Stories from the ground: Know Your City settlement profiling in SDI's Asian Hub 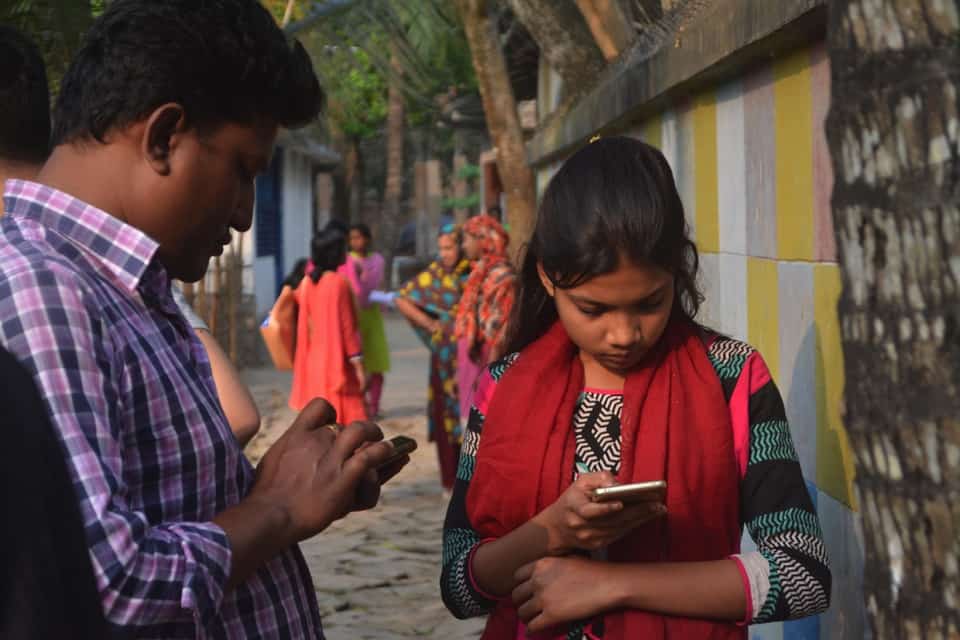 In July 2017 during the Asia Hub meeting, members made a renewed commitment to explore links between SDI and a longstanding partner organization in the urban space, the Asian Coalition for Housing Rights (ACHR), through the Know Your City campaign. They developed a plan to initiate, implement, and activate the settlement profiling process in 25 cities in 6 countries across Asia.

The five country teams who were present at SDI’s Asian Hub meeting were selected for the first phase of the citywide community-led profiling project. All five teams have a history of building urban poor networks in their local contexts. The support NGOs in each of these countries actively assist the urban poor networks with community savings, community mapping, initiating community-managed development funds, and exploring solutions to problems of land and housing through initiatives in community and housing development.

As of April 2018, great strides have been made.

The present strategy for citywide profiling builds on the community surveying and mapping processes which community networks in Asian countries have been practicing for decades. The idea of this profiling initiative is to help urban poor communities in these countries to collect settlement and citywide information in a more systematic way and to strengthen the capacity of their networks to engage with local authorities on issues of land, housing, and access to basic services.

The mapping and profiling tools systemize the process and produce baseline information for each city. The profiling process also helps identify new community members and new leaders and encourages community members to look beyond their own settlement to understand that the problems they face are structural problems of the whole city and to think strategically and collectively for solutions that will work at city scale.

The process of citywide network-building through savings, surveying, and mapping builds trust, voice, and identity for urban poor networks. The information they collect about their settlements helps them craft alternative solutions that address the problems of individual communities while simultaneously developing a framework for addressing the problems of land and housing for poor settlements for the city as a whole.

The focus of this particular initiative is on strengthening settlement profiling and mapping as tools for urban poor community networks. These tools only have meaning and gain momentum when they are part of the network’s larger mobilising strategy. If this process is to be led by communities from the start to finish it has the capacity to build the confidence and capacity of local communities to engage with their local authority around alternative solutions that are based on real information – knowledge that most city planners do not have access to. Thus, the emphasis of this first phase of the profiling process is on training and learning to strengthen the building blocks of citywide profiling.

Training workshops were conducted in all five cities. An important part of these training workshops was making sure that the local groups understood the big picture along with the details and could understand the value of this new learning within their ongoing work.

The two main activities in this phase include:

The settlement profiling training lasted three to four days in each city. The content of the training was tailored to respond to local needs while overall learning principles remained consistent. An overview of the agenda and activities undertaken is below. The steps for training flowed with the learning needs of each team. 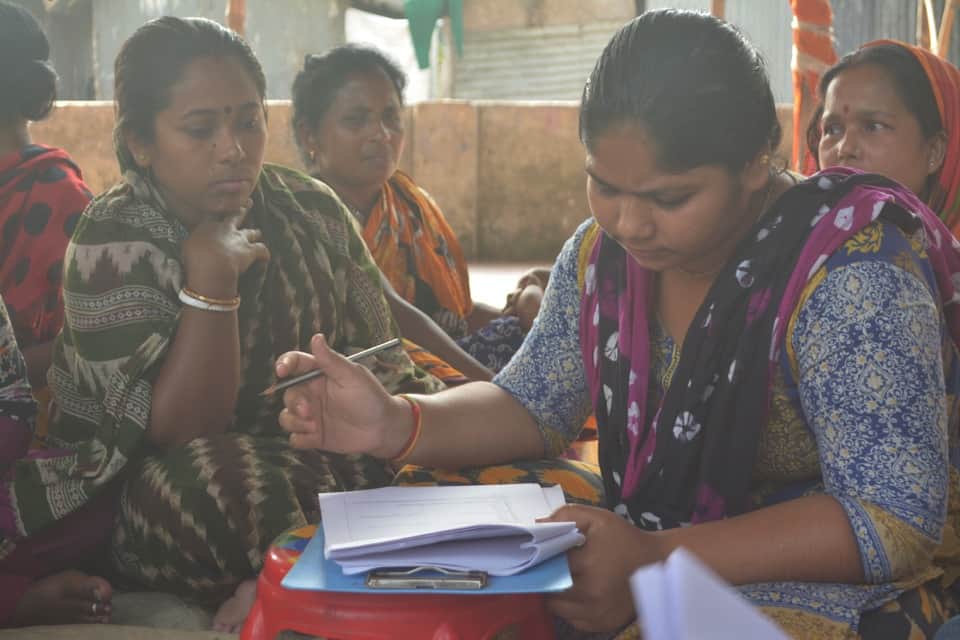 DAY 1:  IN THE COMMUNITY CENTER, OFFICE, OR HIRED PLACE

While many of the groups had experience with community mapping, using the GPS instrument to map their settlements was fairly new to most. All the groups had some experience with hand-drawn community maps showing structures. In the past these maps were transformed into professional maps with the help of the architects and looked more like cadastral maps. The idea of the present GPS mapping is only to collect the data on the boundaries of the settlement and to map the basic services.

Every team discussed and listed the steps for the three phases of the data collection process: before, during, and after the profiling. This framework consolidated what needed to be done from start to finish. 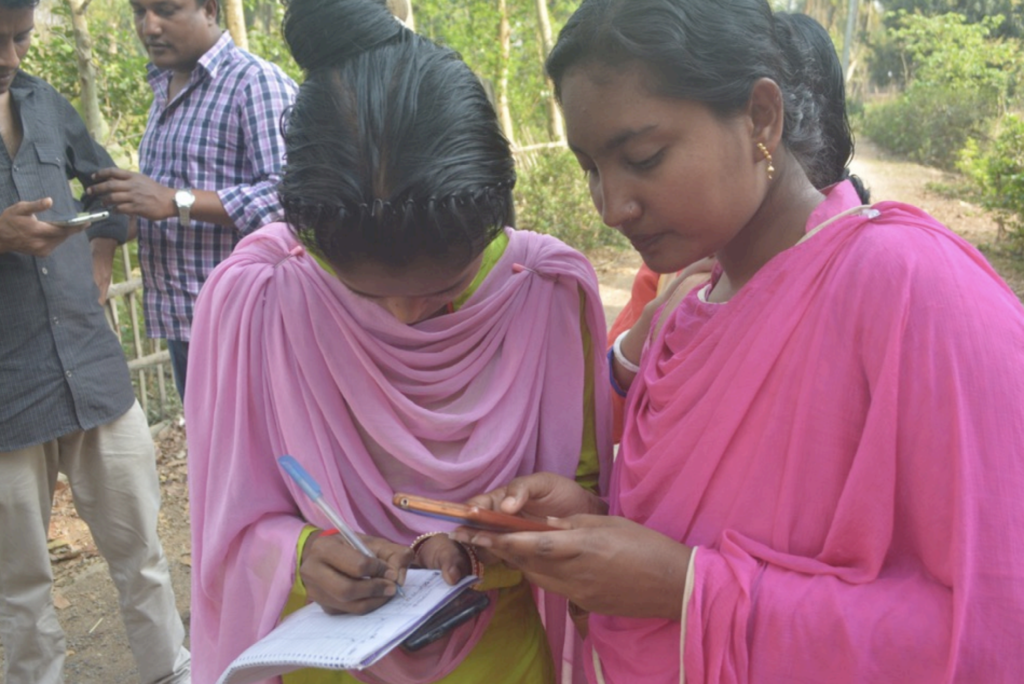 DAY 2:  IN THE COMMUNITY

Learning to use the GPS instrument to map the boundary of the community: One to four settlements were mapped during the training depending on the preparation and readiness of the communities. Finding the GPS coordinates got the attention of the young men and women in the settlements and many of them wanted to learn to use the GPS instrument, which was a big attraction. In Battambang Cambodia, the city officials were very much engaged with the mapping process. However this did not necessarily make the process more beneficial for communities to learn. In Jhenaidah, Bangladesh the mayor was also engaged, gave his blessing, and joined at the beginning and the end of the training. Of the five cities, Battambang and Junaidah were the two cities where local officials were engaged in the process from the start.

Going through the profile questionnaire: The original SDI form was translated into the local language in all five cities. In the beginning, we walked through every question on the form. This took a long time and was sometimes cumbersome, as it was easy to loose the attention of the local team. The other way was to walk through the questionnaire section by section. Either way, briefing the team on the different parts of the questionnaire at the beginning of the process was found to be a useful strategy as it helped the local team to understand the big picture and made the specific sections easier to understand. 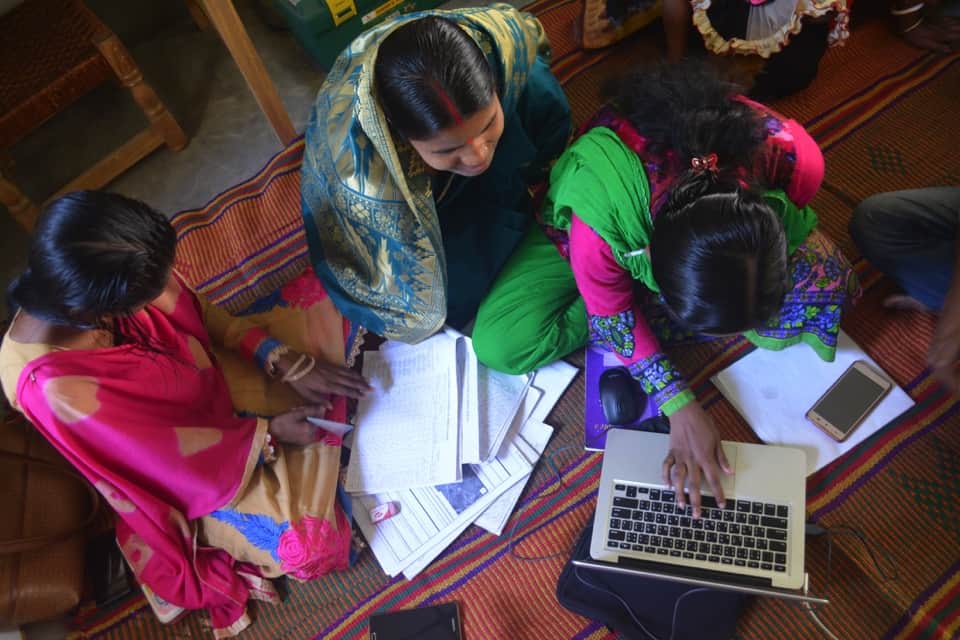 DAY 3:  BACK TO THE NGO OFFICE OR COMMUNITY CENTER

Teams in the field reported back to each other and the learning of the two days were consolidated. There was more clarity on the ‘before’ and ‘during’ steps. If dummy forms were filled out, then these were verified and corrected for errors.

There was some introduction to the data uploading process, but this was not so successful at this stage since the local teams already had a lot of information to process. In cities where there was a fourth day in the training, the support NGO used the time to discuss its own role and consolidate its strategy. Some general steps that evolved by the participants for the 3 phases of profiling are listed below. The specifics of this process changed from group to group.

Data team and technical team work together on the following:

Click here more information and photos from the team in Bangladesh.